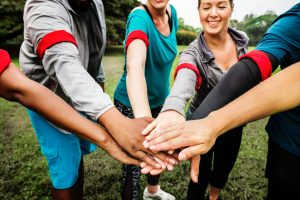 Here are a few resources we have found interesting and helpful as we have explored the issues around the empowerment of women.  The important thing is, of course, to take the first step!

GFW’s mission is to promote women’s economic security, health, education and leadership.  They seek out and give grant to grassroots women’s groups making a difference in countries around the world.  Since 1987 they have awarded over $71 million to 3,800 women’s organizations in 167 countries.

The Peace and Security Funders Group is a network of public, private and family foundations, and individual philanthropists who make grants or expenditures that contribute to peace and global security. They maintain an informed, engaged and collegial community of funders, whose numbers and investments in the field are steadily increasing.

Their goal is to generate the means for women’s funds to support women, girls, and trans* people to determine how they want to succeed while creating the conditions in which they are able to thrive.

Women’s Funding Network is more than 162 organizations that fund women’s solutions across the globe, making them one of the largest collaborative philanthropic networks in the world. Their members are women’s foundations that span public charities, private foundations and funds within community foundations.  Their website is packed with resources.

Women for Women International provides women survivors of war, civil strife and other conflicts with the tools and resources to move from crisis and poverty to stability and self-sufficiency, thereby promoting viable civil societies. Their tagline is, “changing the world one woman at a time”.

A Call to Action: Women, Religion, Violence and Power by Jimmy Carter (2014); former President Carter central theme is summed up as follows:  “the most serious and unaddressed worldwide challenge is the deprivation and abuse of women and girls, largely caused by a false interpretation of carefully selected religious texts and a growing tolerance of violence and warfare…”
Half the Sky by Nicholas Kristof and Sheryl WuDunn; Half the Sky lays out an agenda for the world’s women and three major abuses: sex trafficking and forced prostitution; gender-based violence including honor killings and mass rape; maternal mortality, which needlessly claims one woman a minute.
However Long the Night by Aimee Molly and Molly Melching (2013); Molly’s remarkable and inspiring story about her work in Senegal, supporting women and community leaders to improve women’s education and health, which in turn led to the abandonment of the centuries old practice of female genital cutting in thousands of African villages.
Three Cups of Tea by Greg Mortenson; The story of one Man’s Mission to Promote Peace . . . One School at a Time.

Any of the organizations that you connect with…and act!